Well, Action Hospital is on it’s way… sort of. 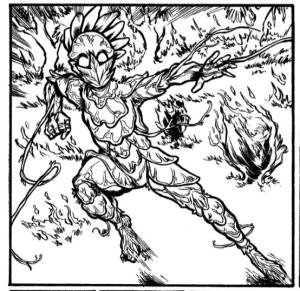 Robert and I are hard at work on the pages. Currently we’ve to the first issue all penciled, inked, and mostly lettered. We should be rolling those out soon. We’re just waiting on some finished lettered pages, and some minor tweaks.  I suppose I should clarify something. Our Action Hospital ‘issues’ are going to be 8 pages long. So you should be getting a beginning, middle, and an end… and maybe a cliffhanger. In 8 pages. So the first issue is all wrapped up, it’s almost ready to go. We’ll probably hold off a bit before we start posting them, just cause, like I said, we have some minor lettering stuff we’re waiting on.

The second issue is all written. Robert has it, and he’s starting to work on it. So, hopefully, I’ll have more to show you soon. Preeeeeeviews. They’re the best, man. I love doing sneak peaks and previews. They’re intoxicating. 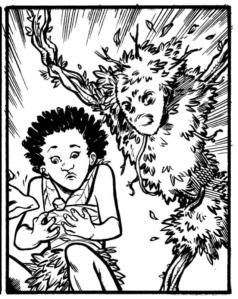 So, where does that leave me? Working on the third issue of Action Hospital. Writing, writing, writing. For Action Hospital #3 we’re trying something a bit more complex. Robert and I are BOTH drawing it. That is to say, we’ll both be working of of the script that I wrote. So that’ll be interesting. I’ve rewritten the thing like twelve times. For real. I have no idea what other people’s process is like or if my process is ass-backwards but I definitely find myself changing my mind a lot. I discover cooler/newer/better ways to tell the story. For me writing is kind of like applying for a job on Craig’s list. You get your resume just right (my outline), then you send it out (actually writing), then you don’t hear back (get dissatisfied with what you just wrote), so you apply for another job (write it again) and so on and so on. I do this over and over and over again. It’s probably not healthy or productive.

Let me give you an example:

Each Action Hospital artist has a cast of characters. Robert has Younger and I have a nurse called Joan Michelle Basquiat. Currently there are no other Action Hospital artists, but there may be in the near future. You never know. Joan, a nurse who is gifted with True-Sight, which is basically just seeing in John-Michelle Basquiat paintings, is my central character. Initially, she was going to be struggling against an antagonist named Sharkerham Lincoln, a clone-hybrid Abraham Lincoln and a shark. I couldn’t get the story to work in such a small page count. I wrote this three times. Then I decided to have Joan help out an embittered politician. To, for lack of better words, regain his soul or, y’know, get his political groove back. I rewrote that twice trying to make it work. I never really did.

Evil politician who ‘gets his groove back’?

Now, I think I’ve finally figured it out. I’m having Joan help a boy detective realize that he doesn’t need to follow in his overbearing father’s footsteps. We’ll see where it goes. Here’s hoping this is the last time I re-write this darned thing. 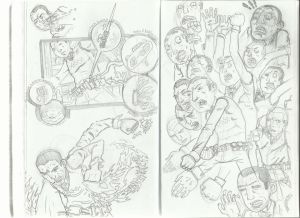 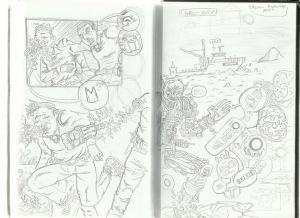 So, let’s get into why this one is more complex, other than the fact that I’ve re-written it like 12 times. Robert and I are going to do an Image United deal. We’re each going to draw on the same boards. We’re going to each draw our characters on the different pages. That meaning, if Younger shows up in my story, she’s only drawn by Robert. If Joan shows up she’s only drawn by me. I’m hoping that it’ll really feel like an important event whenever one of our characters shows up. We probably won’t be doing it a ton, just because of the logistical requirements, but I think It’ll be a fun little side note that we can throw into our narratives every once and a while.

I’ve been watching Venture Bros. a lot lately. Partially to bone up for an interview that I had at Titmouse, the company that makes Venture Bros, and partially because the fifth season just concluded.

This may sound strange but I find myself interested more in the people who make the stories I consume than the stories themselves. Specifically, Doc Hammer and Jackson Publick, the co-creators of the Venture Bros. All throughout watching the show this season I found myself stopping episodes, searching youtube for interviews with Doc and Jackson, and rapidly consuming every odd observation they made about Liam Neeson and David Bowie. I suppose, for me, the stories people create are more of a conduit to them. Rather than an escapist past time.

When you work at home, as I do being a writer, you find yourself going a little stir crazy. You find yourself attempting to talk to the cute cashier girl at the grocery store. You find yourself trying to connect with the waiter who barely speaks english at your favorite vietnamese restaurant. You’re starved for human connection so you start attempting to connect with anyone around you. You can’t help it. Your brain just says, ‘That’s a person. Talk to them. Become friends.’ Even when that’s probably not exactly what you should be doing.

I take it really personally when people I admire go off the deep end and start spouting off about crazy shit. I’m looking at your Frank Miller and Mark Millar. I can’t read anything Millar writes anymore. His comments about women, his decision in Kick-Ass 2: Balls to the Wall to have Dave beat the shit out of two mentally handicapped adults, and basically everything he’s been involved with recently have just made me really sad. I used to love Mark Millar. He was fun, edgy, and his books were always top notch. Now? He’s writing for a select group of really angry, emotionally stunted, sexually frustrated men. I want to part of it. Frank Miller? He’s a comics god among men. But you know what? After he said that shit about the Occupy Wall street protesters I made a vow never to buy another book of his again. What happens to creators when they get old? Frank Miller seemed like such a cool, smart, down to earth dude in the 80’s and 90’s and then all of a sudden he just went crazy. And don’t say it’s the movies. Have you read Dark Knight Strikes Again? There’s crazy in there. It’s not as bad but there’s crazy. I’m just so saddened by the whole affair.

I don’t know if I’m alone in this but I use the momentum generated by someone’s story to connect with them. I’m sure there are far easier ways to connect with people. Shit, online dating and the consumption of alcohol are how most people do it, right? Well, I guess I’m just to cerebrally idiotic to indulge in either of those pastimes. So, that only leaves me with a laptop, some On Her Majesty’s Secret Service audio commentary, and a frozen pizza.

I’d be lying if I told you that I was anything other than ecstatic about this project. Getting pages back from Robert is like Christmas. I’m writing about things that I’m deeply, deeply passionate about, and there’s a shit ton of onomatopoeia jokes. And who doesn’t fucking love onomatopoeia jokes?

Well, then you shouldn’t be readying this comic. Because there’s gonna be a veritable ass ton of them. And I, for one, am excited for them. I’m also excited to see the characters that Robert and I have been slaving away on for months alive and walking around the internets. I can’t wait.

Hopefully, you’ll love these characters as much as we do.

The title of this blog post comes from the Venture Brothers. Five points if you can name the episode.